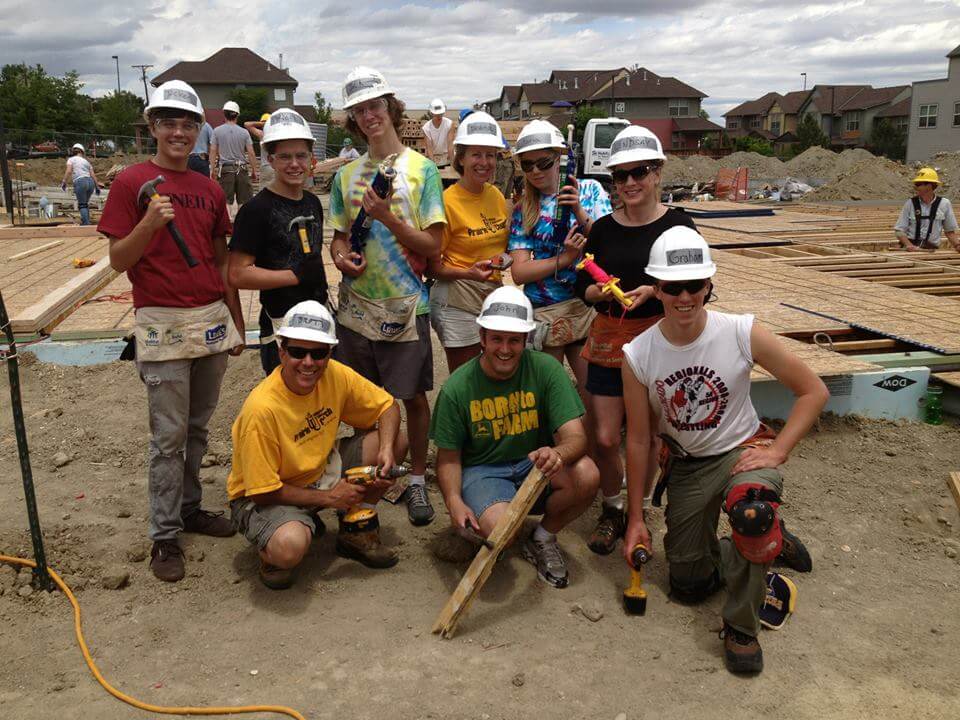 We gather as a welcoming, caring community to nurture mind and spirit, celebrate diversity, and work for justice.
We covenant to be a welcoming and loving community, offering each other fellowship, sanctuary, and a joyful spirit. We seek justice and peace in all our deeds and relationships, and we respect and honor both the individual and the collective search for sacred meaning and truth. We revere and celebrate the diversity of our Earth and are guided by the Spirit that connects all life, as we reach out to offer our best to ourselves, our community and our world.
At PrairieUU, we learn Unitarian Universalist spiritual practice through our worship, classes, small groups, and justice work. Most of our meetings begin with reading our Touchstones, developed from Quaker Parker Palmer’s Courage and Renewal work.
More than 20 years ago, back in 1996, discussions first began at First Universalist Church of Denver about launching a new congregation in the southeast metro area. First Universalist applied for a grant through the Mountain Desert District of the UUA to fund the start of this new congregation. Public informational meetings ensued in 1997, several committees were formed, and in the fall of 1998, Sunday afternoon services began at the Mainstreet Center Chapel in downtown Parker. Our first Christmas Eve service was held that year, and in January 1999, we moved our services to Creekside Elementary School in Aurora. During that same month, we voted to change our name to “Prairie” from the “Parker UU Church.” On Charter Sunday, March 14, 1999, 29 people signed the Membership Book to become our founding members. More signed the following week. Later that spring, we became an official nonprofit corporation, held our first Congregational Meeting, passed our first set of bylaws, elected our first Board of Trustees, and we were accepted into UUA membership at the annual General Assembly, which was in Salt Lake City that year. As part of the UUA’s New Congregation Ministry Program, Rev. Jann was appointed as PrairieUU’s interim minister for one year, starting in August, 1999. In September, weekly Sunday services began running autumn through spring. In the spring of 2000, we were awarded a $5000 subsidy from the UUA for religious education staffing (a part-time RE Coordinator), and PrairieUU was once again accepted into the UUA’s New Congregation Ministry Program, with Rev. Jann’s ministerial appointment extended for another five years. As a result we were able to offer Summer Sunday services for the first time in 2001, and in September of that year, we moved to Fox Hollow Elementary School in Aurora. That autumn, PrairieUU once again received a grant to help support the religious education program. In October of 2006, we were very proud to be officially designated as a Welcoming Congregation. The Welcoming Congregation Program is a volunteer program for UU congregations that want to take intentional steps to become truly welcoming and inclusive of lesbian, gay, bisexual, transgender, and queer or questioning (LGBTQ) people. The budget year of 2004-2005 was an important one: it was the last year of the UUA subsidy as part of the New Congregation Ministry Program, and we took on the responsibility for our entire operating budget. Also in that year, Rev. Jann was formally called as PrairieUU’s minister. In 2019, Rev. Jann retired and Pastor AJ Blackwood was hired as PrairieUU’s new minister. PrairieUU has continued to grow and thrive, moving to PrairieUU Crossing Elementary in the fall of 2006, certifying 100 adult members, adopting a new covenant in the spring of 2007, and adding three paid staff members by 2009. In March of 2009, we held a special service celebrating our first 10 years, attended by PrairieUU’s past Presidents, and special members and guests from First Universalist. To accommodate our continuing growth, we moved to Sierra Middle School in 2011, and we brought in a UUA consultant to facilitate “Searching for the Future” workshops. Our mission statement was one of a number of results to come from the “Searching for the Future” process. Also, using information gathered from the workshops and from follow-up planning meetings held in the spring of 2012, a strategic five-year plan was presented to the congregation in June 2012. PrairieUU has been happily settled into our current home at Pine Grove Elementary School since August 2012, and was selected to partner with Pacific Unitarian Church in Rancho Palos Verdes, California as part of the UUA Leap of Faith program in 2013. We’ve accomplished a great deal in our relatively short history, and with a strong vision and vibrant community, we not only look forward to what is yet to come, we are taking steps to make it happen. In follow up to our strategic five-year plan from 2012, on Saturday, February 24 th , 2018, a group of roughly 25 PrairieUU members gathered at First Universalist to imagine the next steps in our future. It was a lively, synergistic, and truly inspirational conversation that culminated in the formation of our new PrairieUU Visioning Team. Whether a member, prospective member, or a PrairieUU friend, now – more than ever – is an exciting time to join our brave and growing PrairieUU as it ventures forth!
Section Navigation